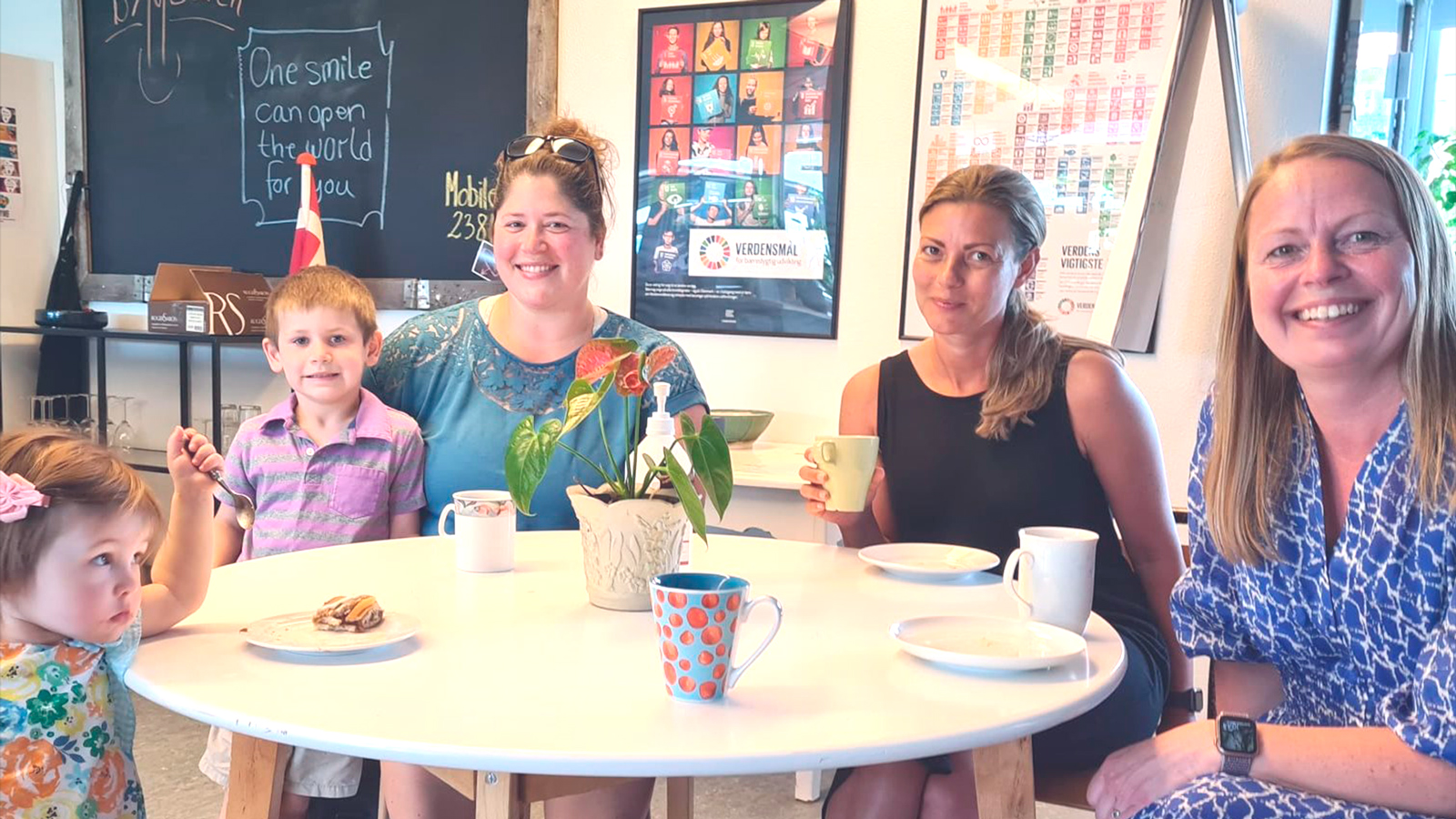 Network at SYMB for internationals and locals in Kalundborg

Have you heard of SYMB in Kalundborg? SYMB is a non-profit organisation for internationals and locals who are keen at broadening their social network. Read about the newest initiative ‘SYMB Spouses’ and ‘SYMB Internationals’.

Have you heard of SYMB in Kalundborg? SYMB is a non-profit organisation for internationals and locals who are keen at broadening their social network. Read about the newest initiative ‘SYMB Spouses’ and ‘SYMB Internationals’.

SYMB Spouses is the newest initiative at SYMB and is facilitated by Anika Lucassen, who has experienced what it means to relocate due to a spouse’s job. For almost five years, Anika and her family lived in Apex in North Carolina, USA, during her husband’s posting in DAPI US.

“During our time in Apex, we were met with openness from the American people to learn about the American culture and country. There was a willingness to offer support and socialise with other spouses in the same situation as me. I felt a need for having the same opportunity in Kalundborg when we moved here in December 2020.”

Anika and her family moved to Kalundborg due to her husband’s new post in Novo Nordisk. She reached out to SYMB about her new idea. “Our great experiences in the US became my motivation to offer spouses and families the chance to get together. Studies show that it can be difficult to get settled in Denmark, especially for spouses. This network is an opportunity to support one another, to share knowledge and experiences, and to socialise.” Anika ends:

“The purpose of SYMB Spouses is to create meaningful experiences with spouses and their kids, to feel at home in Kalundborg and broaden social networks.”

You can read more about Network for Spouses and how to join here.

Two employees who works at Novo Nordisk have been a part of SYMB Internationals since they moved to Kalundborg. When Lázaro Wandré moved from Brazil in 2018, the relocation came with new opportunities and challenges. “It was my first time living in Denmark, and neither my husband or I had experience with the Danish culture, language or society. SYMB helped us to become established by setting up bank accounts and pass information for my husband on how to start a business.” For the past years, Lázaro has been a solid SYMB member along with Arpit Mishra.

Arpit moved from Malaysia with his family two years ago, and SYMB has enabled him to get connected with likeminded people. “I have gained a lot of new friends at SYMB. Some of my personal highlights have been cultural events and seminars, where we have gained practical knowledge on, for example, the tax system in Denmark.” And ends: “My wife has also been part of SYMB Internationals because she wanted a social network and participated in the events.”

Read about SYMB Internationals here, how to join and find the list of upcoming events.